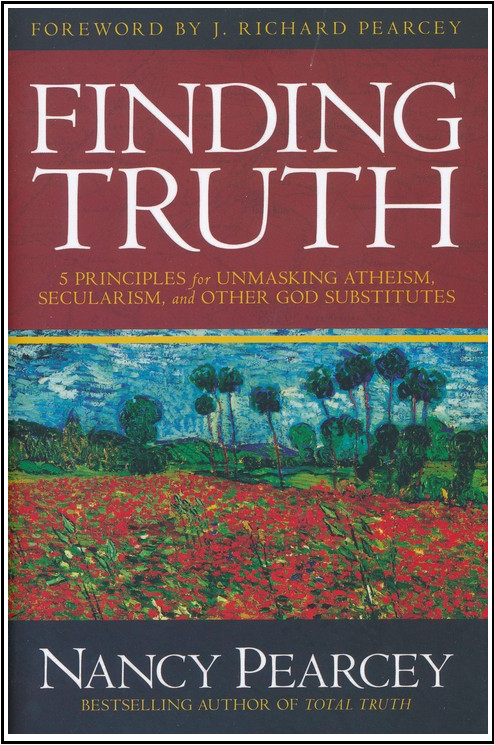 Having begun to exist, and having the constants mentioned in the book and elsewhere, that means life’s origin and development are inevitable, right? Not so fast. Pearcey points out the necessity for massive amounts of information found in DNA for even the simplest life forms. Moreover, in every other experience we have had, information comes from an intelligent source.

This is a huge problem for a naturalistic explanation for the origin of life, but there are other nearly insurmountable hurdles that prebiotic chemistry must overcome before you even get to the level of DNA.

Many genes code for the production of proteins. In living systems, these proteins are formed from 20 amino acids. Amino acids form in three-dimensional shapes that form right-and left-handed structures. Those that form in living systems are left-handed (and the sugars that bind with them are right-handed.) When these same amino acids form in nature outside of living systems, or are produced in the lab, they form in equal mixtures of left- and right-handed forms. This is called a racemic mixture. In the presence of a racemic mixture, proteins cannot form. This is not merely a case that we do not know how amino acids could form proteins for the first life. It is a case where natural chemical processes prevent such proteins from forming. As Fazale Rana writes, “…without preexisting reservoirs of exclusively left-handed amino acids and exclusively right-handed sugars, the naturalistic assembly of proteins, DNA and RNA is prohibited.”[1]

Some astrobiologists (the only field of science completely devoid of data) have suggested that life could be based on some other element than carbon, such as silicon. However, as Rana points out,

Silicon belongs to the same chemical group as carbon and should display similar chemical properties, prompting some astrobiologists to propose that life could be based on this element. But while silicon does form rings and chains, these structures lack the stability and the range of complexity found in carbon-based compounds. Silicon-silicon bonds are much weaker than the corresponding carbon-carbon bonds, and unlike carbon-carbon bonds, they are susceptible to oxidation.[2]

This leaves carbon as likely the only element from which biochemistry can arise. It also explains why the search for habitable planets begins with planets that could possibly sustain liquid water, since carbon is most reactive in the same range of temperatures in which water is liquid.

Some have accused theists of appealing to “god-of-the-gaps,” saying we are invoking God to explain what we do not understand. This is not the case. We have numerous reasons to think God exists and that he has revealed himself. Part of that revelation is that he created the universe and life. Natural obstacles to undirected processes and information that requires an intelligent source are evidence that this is so. 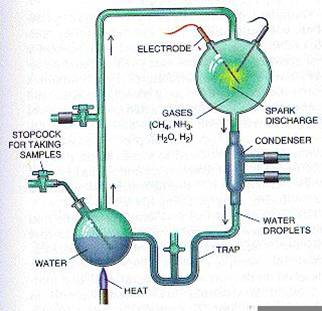 Today, the Miller-Urey experiment is considered to be irrelevant to the origin-of-life question. Current understanding of the composition of early Earth’s atmosphere differs significantly from the gas mix used by Miller. Most planetary scientists now think that the Earth’s primeval atmosphere consisted of carbon dioxide, nitrogen, and water vapor. Laboratory experiments indicate that this gas mixture is incapable of yielding organic materials in Miller-Urey-type experiments.

In May 2003 origin-of-life researchers Jeffrey Bada and Antonio Lazcano, long-time associates of Miller, wrote an essay for Science (May 2, 2003, pp. 745-746)commemorating the 50-year anniversary of the publication of Miller’s initial results.They pointed out that the Miller-Urey experiment has historical significance, but not scientific importance in contemporary origin-of-life thought. Bada and Lazcano wrote:

Is the “prebiotic soup” theory a reasonable explanation for the emergence of life? Contemporary geoscientists tend to…