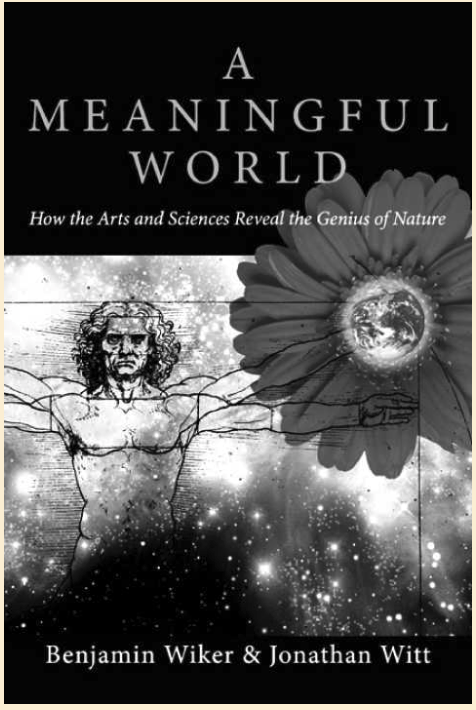 With a Ph.D. in Theological Ethics, Benjamin Wiker lends his expertise along with the literary insights of Jonathan Witt, Senior Fellow for Discovery Institute’s Center for Science and Culture, to the question of just what kind of world we live in. Wiker and Witt do not simply disagree with the reigning paradigm of metaphysical naturalism found in science. They see it as harmful. They have written this book as an antidote to the “poison” that is “the assumption that science has proven that the universe is without purpose, without meaning—proven it so clearly that one need not even produce an argument.” (Wiker and Witt, Location 61.)

The question of meaning has implications for how all of reality is seen. For Christians concerned with preaching the gospel, juxtaposing a divine creator with a meaningless universe is incoherent. This is one of the reasons why the apologetic project is needed in order to make Christianity a live option in the marketplace of ideas. In this particular case, the meaningfulness of the universe needs to be recognized. The poison must be counteracted. Recognizing the fact that human beings are an integral part of the universe, and that we have lived, acted, and created as though the world has meaning, Wiker adds his analysis of the works of Shakespeare which are best understood if meaning were central to human understanding of the world, as well as a comparative analogy to the creativity found in nature.

“The book’s central claim is clearly stated: the universe is meaning-full.” (63) The authors make it plain that they reject the nihilistic paradigm that is claimed to be “proven” by science. They build their case beginning with a historical overview of how the idea of a random, meaningless world goes back to the ancient Greeks and found resurgence in Darwin, Nietzsche, Freud and Marx. The assumption of meaninglessness began to lose momentum as discoveries of order and specified complexity began to emerge such that even a hardened skeptic like Antony Flew was moved to theism. From this background, Wiker and Witt note that just as parts of the cosmos made sense in light of the whole, and perhaps only so, the same is clearly so in literature. Shakespeare’s works are examined to illustrate the point, showing that contrary to Dawkins’ illustration of “Methinks it like a Weasel,” the parts fit the whole, but also that the whole makes no sense if the works and their author are nothing more than matter in motion, or animals driven by the urge to procreate. The genius exhibited by Shakespeare is then used to illustrate the genius Euclid points to in mathematics. The authors show how on a materialist worldview, the existence of mathematics makes no sense, much less its applicability to the material universe. From mathematics, the order and intelligibility of the cosmos, chemistry (especially the periodic table) and biology is examined. Through each discipline, the antidote of structuralism is counteracting the poison of reductionism. Structuralism approaches these questions from the top-down, parts-to-whole view. Such a view is not even considered a live option if one starts from meaninglessness. In fact, it is the only way scientists can discern “the meaning of the data they gather.” Wiker and Witt present case after interrelated case for the meaningful whole of the created order into which each of its parts –matter, energy, chemistry, life in general, and humanity in particular– fits. While so many books of this type focus on particular arguments for God’s existence from specific areas such as cosmogony, fine-tuning, or information theory, Meaningful World looks at the big picture. If the other works study the trees, Wiker and Witt look at the whole forest. They show not only that these things fit, but also that they are made to be discovered as such. They do so with a clear, accessible style and a refreshing dose of humor. While their arguments are logically cogent, their discussion of Shakespeare’s literary acumen appeals to aesthetics. Moreover, while they mention some of the astronomically high levels of improbability of the world being the way it is by chance, they do not hang their whole case there. Another way the thesis of the book can be stated is, “Intelligent design? More like creative genius.”

The literary element they introduce by way of analogy and as a particular example is a rarity in books on this subject. Their use of Shakespeare to illustrate their point is not only a novel way to argue in this arena, but they inspire a new appreciation for the literature itself. Their presentation reaches the reader at the cognitive as well as the intuitive level. Moreover, they present a strong case in favor of their thesis, rather than simply relying on defeaters for its negation. They do more than show that reductionism is false. They present a powerful case for a meaningful world. More than merely meaningful, the authors offer a case for elements of genius in the created order that is analogous to the creative genius of Shakespeare. Wiker and Witt argue that the knowledge offered by the study of mathematics, cosmology, chemistry and biology have the depth, clarity, harmony and elegance one would expect to find in the works of geniuses. This is not design by a minimally intelligent mind, but a designing Genius.

This book is a must-read for anyone interested in the philosophy of science, or the history of the controversy over the Intelligent Design hypothesis. The book is accessible to the layperson without dumbing down the content. While the scholarship of the authors is evident in the content, the engaging style of the prose has none of the dryness that can come from the subject matter. The integrated approach will inform a more fully orbed apologetic than those books that focus on a narrower topic such as the origin of information or the complexity of the living cell. As important as these details are, this book will help you see the forest and the trees.

One thought on “Meaningful World By Benjamin Walker and Jonathan Witt: A Review”