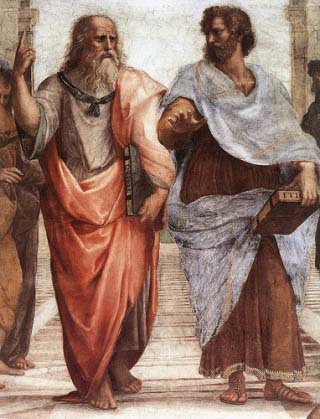 Argument From Logic to God

In a recent conversation, it was asserted that logic can exist all by itself and even “stands above God.” My interlocutor even suggested a logical version of the Euthyphro Dilemma whereby either things are logical because God says they are, and therefore could have been otherwise, or God says they are because they are logical, and therefore God is subject to logic, which would mean God is unnecessary to explain logic. This view fails for the same reason that the Euthyphro Dilemma in moral argumentation fails, because God is the ground of Logic, just as he is for morality. This solution was dismissed out of hand because it was somehow “illogical” for an eternal, self-existent being to exist. However, my friend seems to admit that logic is indispensible. He seems to think it can stand on its own. In order to resolve this, we need to look at just what logic is.

: a proper or reasonable way of thinking about or understanding something

: a particular way of thinking about something

: the science that studies the formal processes used in thinking and reasoning

From the Stamford Encyclopedia of Philosophy:

For the purposes of this entry, let us define logic as that field of inquiry which investigates how we reason correctly (and, by extension, how we reason incorrectly).  Aristotle does not believe that the purpose of logic is to prove that human beings can have knowledge.  (He dismisses excessive scepticism.)  The aim of logic is the elaboration of a coherent system that allows us to investigate, classify, and evaluate good and bad forms of reasoning.[2]

With the exception of source titles, italicized words denote mental activity, which is activity engaged in by a mind. The only way logic can exist is if there is a mind in which it operates.

Logic is not one of many possible conditions. It is a necessary reality in any world that exists. Keith Yandell writes, “Logic holds in all possible worlds. It applies to anything there possibly is, and hence to everything there actually is. To deny this is to embrace a self-contradictory claim.”[3]

Having laid this groundwork, l could lay out my argument in syllogistic form:[4]

It might be objected that the only minds known to exist are human minds. However, this would beg the question, since such “knowledge” presupposes logic, which would have to exist prior to the arrival of the first humans.

Another issue that could be raised, “Then who made the divine mind?” This would be the same as asking, “Who made God?” However this would be a category error since the God posited by classical theists is, by definition, self-existent. Moreover, such a question raises the issue of an infinite regress. If you say some agent made God, you could ask who made that agent, ad infinitum. However, in his work on the Kalam Cosmological Argument, Craig shows that an actual infinite number of things cannot exist in the world (such as an infinite number of moments in time.) Moreover, even if it were possible, you could not accumulate an infinite number of things, like seconds, weeks, years, etc by successive addition.[5]

Logic holds in all possible worlds. Logic is mental activity. Mental activities are activities of a mind. Logic must be grounded in the mind of a necessary person. Humans are contingent. Only divine minds can exist necessarily. Therefore, logic is grounded in a divine mind, therefore God exists.

[5] An article that goes into more detail on this can be found at http://www.reasonablefaith.org/forming-an-actual-infinite-by-successive-addition