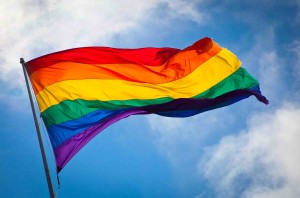 In my responses to Vines’ questions with respect to slavery and cosmology, I was a little hasty in calling these questions “red herrings.” In this case, however, I believe Vines was building an argument that can be stated as the following syllogism:

I realize this is a little oversimplified, but I think his view boils down to this. I already addressed the problem of using the slavery issue as an analogy. With respect to cosmology, it is not a moral issue, so changing one’s interpretation of Biblical texts carries no moral consequences. At the time the Church believed in the geocentric model, (earth as the center) it was based on Ptolemaic cosmology that was never intended to describe the world as it actually is (scientific realism) but simply offered a model for the study of the world. When Copernicus and Galileo showed the sun to be the center of the solar system, they were discovering how the world actually is. Up until that time, there was no reason to question geocentric interpretations of the Bible. This counterexample from Vines is much more vulnerable to the charge of being a red herring.

Another problem for Vines’ method, which seeks to build a case for reinterpreting Scripture on the basis that “the Church has been wrong about…” is that you can apply this to any doctrine. Why not question the command, “Thou shall not murder?” On this view, one could concede that abortion really is murder, but since preserving the mother’s happiness and career opportunities was unknown to the writers of the Bible, and they were sexist anyway, we could argue for allowing abortion even if we admit it is murder. Moreover, these writers were unaware of the expenses involved in caring for the elderly and disabled, therefore killing them would be okay. Make no mistake, I DO NOT BELIEVE VINES HOLDS THESE VIEWS! My point is that once you start down the road of “morality changes because the writers of Scripture didn’t know…” it can be a logical slippery slope. It also illustrates the risks of fallen human beings interpreting Scripture in light of their experience. It seems to me that since most Christians who interpret the Bible in this manner already agree with Vines. (That’s a guess. I could be mistaken.) If Vines wants to convince the rest of us, he needs to persuade us as to why we ought to adopt his method of interpretation.

3 thoughts on “A Response to Matthew Vines’ 40 Questions For Christians Who Oppose Marriage Equality: An Afterword.”