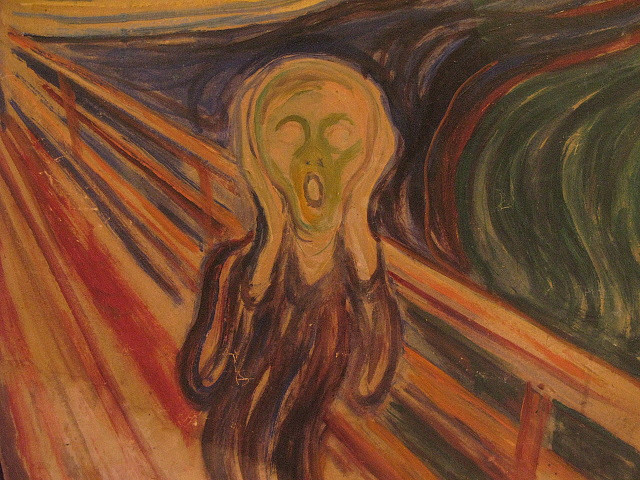 It seems like every time I turn around, the topic of evil and suffering keeps coming up. Whether it is the mid-week Bible study on it, or apologetics podcasts I listen to that discuss the Problem of Evil, or the fact that my father-in-law is suffering from cancer, even when life is going well for me the issue is inescapable.

The Problem of Evil (POE) is one of the most difficult to address of all the challenges to the Christian worldview. This is not because the Christian does not have valid answers so much as navigating the emotional issues that the challenger may be dealing with. Let me say at this point that if you are suffering now, whether from an illness or injury, or from the illness, injury or death of a loved one, it is likely you will not find what I have to offer here satisfying. In the middle of these times, you don’t need an argument. You need someone to come along side you and suffer with you. You need to know I hurt for you. For those of you who are suffering, I pray for you that you will be comforted. I also pray that if I have the opportunity to relieve that suffering that I am effective in that effort. I also encourage you to come back and read this when the sting of the situation has eased.

The POE has been presented in a number of forms. Since others have covered these in depth, and much better that I could, I will offer a brief survey below, and links to further resources at the end.

One such form was known as the Logical POE. This took the form of the following syllogism:

No philosopher of religion still offers this because as Alvin Plantinga pointed out, all you need to do to defeat this is to show that it is possible that God could have morally justifiable reasons for allowing evil and suffering and still be all good and all powerful.

Another way this issue is raised is in what is called a Probabilistic POE.

William L. Rowe, in an essay in Philosophy of Religion: A Reader and Guide, argues that there are cases of evil and suffering that God could have prevented, and would want to prevent. He then goes on to argue that this is probably the case. He offers examples such as the faun that is caught in a forest fire started by a lightning strike and horribly burned. This suffering happens entirely unobserved, and therefore there is no greater good that could come about as a result of this animal’s suffering. I think this example overlooks several things. For example, it assumes that animals suffer in the same way humans do, which is not uncontroversial. Moreover, the pain felt by the faun is the result of a physical mechanism that has a good purpose. Pain is the body’s alarm system that tells us something is wrong. Additionally, as Clay Jones points out, the world needs to operate according to understandable and predictable laws such that actions have consequences in order for our actions to have any meaning. If God were to intervene every time there was a case of suffering, these laws would be indiscernible and our actions meaningless.

A third category has been called the Religious POE, or the Pastoral POE. This is basically the response of the sufferer that in their suffering cannot see how a loving God would allow this to happen. This is the form that is the most difficult because it requires far more sensitivity and patience with the one who raises it. I will not attempt to address this directly here since the best response must be tailored to the needs of the sufferer. It is not a complete waste of time to offer these philosophical answers to the POE. If we have studied these before we enter a season of pain, grief, or suffering, we will be better prepared.

There does seem to be one aspect of this issue that I hear little about. I will call this the Temporal Defense. I realize that for the person who is watching their child die, or their spouse, or who has just experienced some evil act that talk of eternity can sound like “pie-in-the-sky” but it is a relevant issue. Since these problems are offered as a critique of the Christian worldview, it is important to remember that any critique must be done on the terms of that worldview. On the Christian worldview, human beings may live only a few decades in this life, but we will live forever somewhere after this life. If this is the case, our natural physical life only counts as the tiniest fraction of our total existence. If I live for 80 years, all of which in constant pain, but I place my trust in the person and work of Jesus Christ, when I die, I will enter a blissful intermediate state, followed by a resurrection to painless, blissful life. I will continue in that condition forever. What is 80 years of suffering compared to that?

A related issue to this is the death of children. I once attended a memorial service for a two-year-old who had died after a long illness. It was the most heart-wrenching experience of my life, and I pray I never have to do that again. I am a father, and I can think of no worse nightmare than burying one of my children. However, in the case of children like that two-year-old, they will also enjoy that blissful state. For those who would ask, “How can God allow that child to die?” for God, that child is not gone. She has just changed the mode of her existence.

Finally, I would like to note that God is not distant and unconcerned. He experienced severe suffering through the crucifixion. He knows what it means to suffer. He did that so we could be reconciled to God. That is proof enough that God is all-good.

For more on this issue, see:

The Logical Problem of Evil, http://www.iep.utm.edu/evil-log/#H4

Feinberg, John S. The Many Faces of Evil: Theological Systems and the Problems of Evil. rev. and expanded ed. Wheaton, Ill.: Crossway Books, ©2004.