Those of you who follow my blog closely, (you know who you are, and I appreciate both of you) may have been wondering where I’ve been. I haven’t posted anything here since August 2nd. That is the longest dry spell since I started this site. What has changed is that I took a job as a FEMA reservist. (A reservist is a FEMA employee who only works when deployed to a disaster of for on-site training.) I went to Leesburg, VA from August 6-18 for orientation. I was home for a week when Hurricane Harvey made landfall in southeast Texas. I was deployed there from August 28 until November 16.

After more than 50 inches of rain fell in four days, residents had to put everything they owned, along with flooring and sheetrock, to the curb that had been soaked by the floods.

Then after a brief visit home, I reported to Sacramento, California to support recovery efforts for the Northern California wildfires. 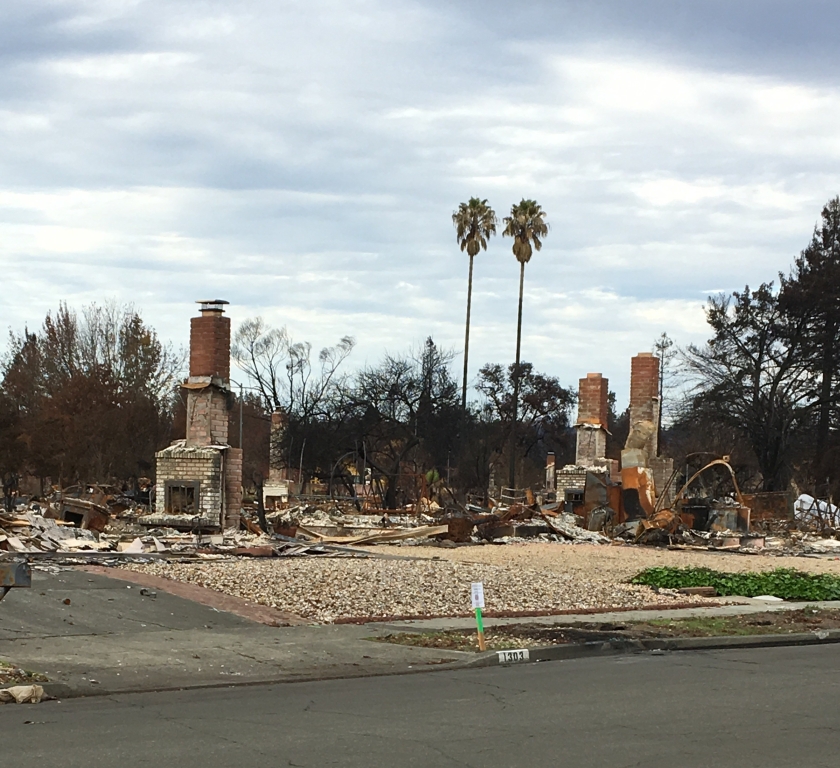 In the Coffey Park section of Santa Rosa, more than 3000 homes burned.

Except for a week home for Christmas, that is where I have been since. In that time, I have met some great people, survivors, neighbors, and FEMA colleagues. I have seen some typical problems, as well as some of the best of people helping people. Some examples are Denny’s sending a food truck to give away hot meals to hurricane survivors in Houston,

and a group of friends/classmates who stayed in touch on Facebook who organized to collect and distribute donations to survivors who lost everything in the wildfires in Santa Rosa.

Many people in Texas and California, not to mention Florida, Puerto Rico, and the U.S. Virgin Islands lost everything they had in the disasters that occurred this past year. Please pray for them (and give generously while you’re at it.)

Being away from home for an extended period of time, in unfamiliar conditions on many levels, writing has not been foremost on my mind. Things have settled down enough now for me to pick up where I left off. I am currently working on two book reviews which will soon follow. Stay tuned.

One thought on “Where’s the Minion?”