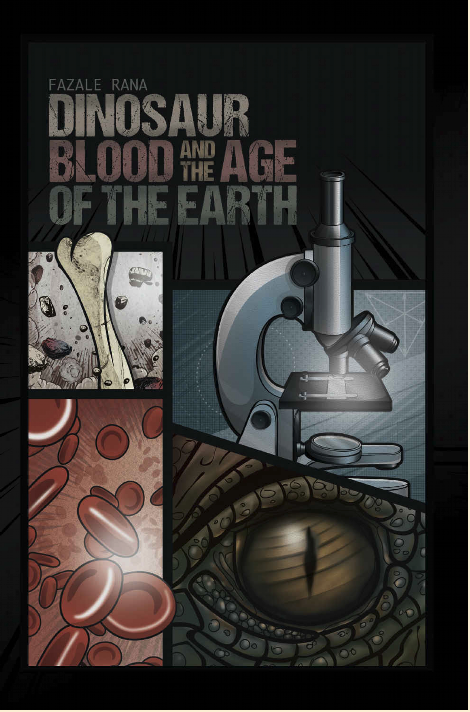 Fazale Rana is the Vice President of Research and Apologetics at Reasons to Believe, a science-faith thinktank in Covina, CA. Rana earned his PhD in Chemistry (with an emphasis on biochemistry) at Ohio University. He is the author of The Cell’s Design, Creating Life in the Lab, and co-author of Origins of Life with Hugh Ross, in addition to the book under review.

In 2005 a team of paleontologists led by Mary Schweitzer discovered 70 million year old fossilized dinosaur eggs that contained soft tissue. This controversial discovery has led to mixed reactions from the scientific community, since it has long been thought that no such tissue could survive such long periods of time. There are skeptics who think the discoveries reflect contamination, and therefore not tissue that was original to the fossilized organisms. There are those who accept the findings on their merits and are seeking to make sense of how it could happen. Another group are Young Earth Creationists (YECs) who accept the findings and see them as evidence that radiometric dating methods are unreliable when they date the fossils as older than a few thousand years. Rana offers arguments that the findings could be genuine and that they in no way prove radiometric dating to be unreliable.

Dinosaur Blood and the Age of the Earth is just four chapters long. In the first chapter, Rana catalogs some of the soft tissue discoveries in the fossil record. In chapter two, Rana cites the best work put forth by YEC researchers seeking to show how soft tissue is best explained by a young earth. In chapter three, Rana notes the problems with the arguments against radiometric dating, explaining how it is done and why it is trustworthy. In chapter four, Rana explains a number of mechanisms by which soft tissue could be preserved over long time periods. In his conclusion, Rana encourages readers to consider all the evidence before making a judgment.

Three appendices follow the core content, with a defense of the Day-Age interpretation of Genesis, which Rana holds to along with Hugh Ross, as well as addressing the science fiction of the Jurassic Park movie franchise, and the work done on reverse engineering and estimates of dinosaur genomes.

The discovery of soft tissue remnants (and make no mistake, these are remnants, not large chunks of meat) has been the “go-to” for many people in the YEC community when they argue for a young earth. Rana’s work shows how weak this argument is. Moreover, Rana’s explanation of radiometric dating techniques is very helpful in seeing how easy it is to misuse them to defend a point of view. While the jury is still out on whether these are genuine soft tissue remnants, or if there is a better explanation, Rana thoroughly defends their plausibility. These scientific issues and their theological implications are areas where Rana excels.

With respect to Rana’s defense of the Day/Age view of Genesis 1, I especially appreciate Rana’s humility in his presentation. I was personally first convinced that the 24 Hour view held by YECs was false by the Reasons to Believe Scholar team. However, I don’t find the Day/Age view compelling. The repetitive structure of Genesis 1 strongly suggests something other than plain historical narrative. For a highly plausible alternative, called the Analogical Days view, can be found here in a commentary by C. John Collins. I have noted here my disagreement with the strong concordism of RTB scientists’ approach. Another weakness I see to the argument is, “There are a number of passages throughout the Old and New Testaments that make direct statements about the antiquity of the earth and its features.” (Kindle Location 1248) These passages use words like “long ago,” “ancient,” etc to describe these features. While I am not a YEC, I could easily imagine one saying, “So what? A 16-year-old thinks a 30-year-old is ancient. Why wouldn’t the Bible writers think a thousands of years old planet was ancient?”

Rana gets a little technical in his explanations of the science, but it does not require an advanced degree in science to get the gist of his case. He makes a compelling case for the plausibility of the discoveries, as well as a solid refutation of the claims YECs make about their implications. I highly recommend this book to anyone interested in these issues.

7 thoughts on “Dinosaur Blood and the Age of the Earth by Fazale Rana: a Review”